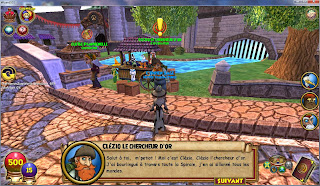 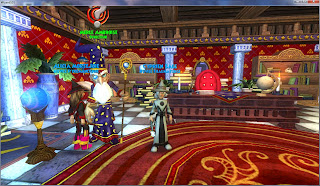 Bienvenue à SorcelleVille! I tried Wizard101 France and let me tell you it was awesome! I knew only half of what they were saying to me, but still. I had lots of fun in W101(FR) even looking at all the name changes was fun. Wizard City was called SorcelleVille and Marleybone was something so outrageous that I can't even remember right now lol. My name on Wizard101 France was Cyprien Sage. No idea what that means, but it sounds cool. The voice acting was done nicely and I really enjoyed myself. I should of taken pictures of the spell cards because their names were odd too. I recommended to the die hard Wizard101 fan to check out Wizard101 in another language it really changes your views and it's also a great way to learn another language. Go on a try it out! Here is the Link and scroll down to the bottom where it says International Players and check out the other versions of Wizard101!


The Myth Wizard Returns! Dun dun dun! I decided to do something I thought I would never do, to *gulp* quest on my myth wizard, Mark Giantcaller. My myth wizard was locked at level 49 for almost two years. Yep TWO years. I think I can hear all the myth wizards already forming a mob right outside my house. I really wanted Basilisk so I logged into my myth wizard and dusted off the cobwebs and dust, and I was in the middle of Dragonspyre. "Oh great," I said with boredom seeping in as Dragonspyre was my least favorite world to quest in until a beacon of shining hope and amusement pierced right through. I found out that my friends and family were questing through an area that was near mine. After a few gasps of surprise that I was questing on my myth, they let me into their questing group and now my myth wizard is happily sitting at Legendary status. I think I would have once again gave up on my myth wizard if it weren't for them. I won't say any names, but they know who they are because of one occasion that THIS happened: 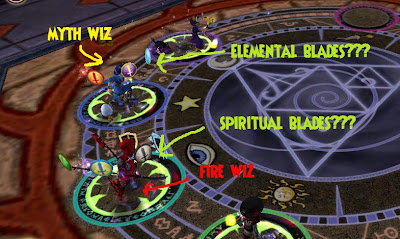 Our makeshift Balance wizard was very tired and did not know the difference between the myth and fire wizard. We still love our balance wizard though! This is also when I got introduced to the elusive "Fairy Moo Wizard" a rare beast indeed. Afterwards I logged onto my Ice and did some PvP with some very good friends and I just had to share this screenshot with you guys since it cracked us up. We all chose these cards at the same time it was hilarious. 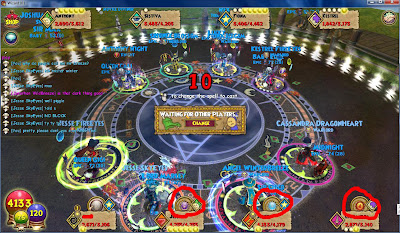 The nerve of someone people to call me Mr. Breeze. I felt like I was the the Febreeze equivalent of Mr. Clean lol. 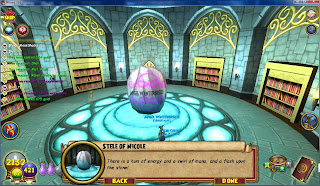 Avalon Awaits You! Questing in Avalon has been so much fun! I love the medieval feel of it all. I especially love the Lady of the Lake. She's powerful, mysterious, cunning, and pretty. What's not to like? I really liked this part of Avalon when my name appears on the Stele of Nicole. I'm guessing Nicole is the mermaid's name. My other favorite character is Old Green Beard, he looks like a humanoid version of Bartleby. He's HUGE and funny sometimes. Well, I thought so... 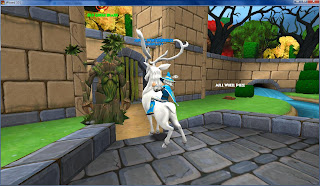 I had no idea Weirwood was in Avalon. I thought it was going to be a completely different world filled with Fairies, unicorns, and imps, but no. We learned a lot from Avalon. We learned where most of the creatures come from and that Falmea was probably from Avalon as well. I also want the Winter Wyrm to be a pet or mount. It's just too cool to not be a mount or something! I also did not enjoy being constantly hit with Basilisks left and right. 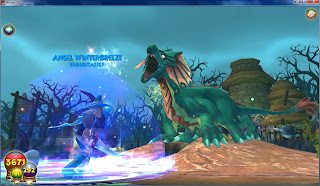 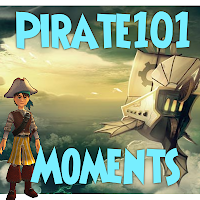 W101Moments & P101Moments. No, I have not forgotten them, in fact, I've been working on them quite a lot. I've been working on new pictures, backgrounds, avatars, and content for them and planning to update them during the summer. Pirate101Moments will be full speed ahead when the game actually comes out, but I have been reading all of the Pirate101 blogs and have added a few of them to the blogroll over at P101Moments. W101Moments will still be active and there will be more quotes, memes, and funny moments coming your way so stay tuned!
Posted by Angel Winterbreeze at 10:51 AM